Western Innovator: Couple takes on sweet side of hazelnuts 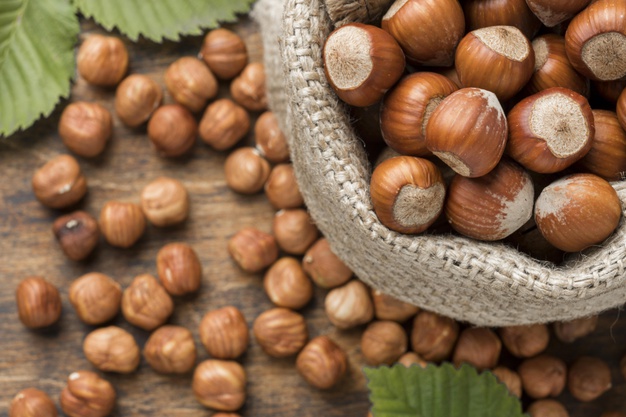 Though they’re no strangers to direct-to-consumer farm sales, Ryan and Rachel Henderson have discovered a new set of challenges with their online hazelnut confectionery business.

The Henderson family has been selling fruits, vegetables, herbs and flowers straight to the public for four decades from their Thistledown Farm in Junction City, Ore.

Ryan Henderson had worked in the family business since he was a small child but decided to start a side venture with his wife, Rachel, in 2016 when they bought the Hazelnut Hill candy company.

The new enterprise was a good fit with the overall farming operation, which includes 400 acres of hazelnut orchards, but the couple nonetheless endured a “trial by fire.”

“There were a lot of tears that first year,” said Rachel.

“There are a lot of things to find out and we learned them the hard way,” added Ryan.

Though the Hendersons had acquired the necessary equipment and recipes from Hazelnut Hill’s founders — Rob and Sally Hilles of Corvallis, Ore. — they still had to get a feel for the “art and science” of controlling such factors as temperature and humidity.

The company produces a variety of candies, pancake mixes, hazelnut butter and other products, most of which require that hazelnuts first be roasted before they are further processed.

“Once you roast them, the clock starts ticking on their shelf life,” Ryan said, noting that Hazelnut Hill roasts the hazelnuts to order.

Aside from mastering the intricacies of processing, the couple also had to figure out which hazelnut varieties are best suited for particular purposes. Different cultivars have distinct flavor profiles and other unique characteristics, such as how easily they’re “blanched” from their skins.

“We’re in love with the Sacajawea variety at the moment,” said Rachel, referring to a cultivar resistant to Eastern Filbert Blight released in 2006 by Oregon State University.

Developing Hazelnut Hill’s website and implementing an e-commerce function for online sales took time, as did identifying and avoiding scammers.

Unscrupulous buyers seem to have a sixth sense about targeting new online retailers, who they try to convince to ship large orders without pre-payment, Ryan said.

“After year number four, we don’t see that level of manipulation,” he said. “I would put that out there as a warning to anyone starting an online business.”

They don’t yet consider themselves experts but have now grown familiar enough with operating Hazelnut Hill to consider creating new product lines.

Fine-tuning any new product requires a lot of trial-and-error, Rachel said. “We’ve got a lot of equipment so we’ll make it work.”

Direct-to-consumer farm sales are complex but the Henderson family has determined it’s financially worthwhile to avoid middlemen for their crops.

“When you’re growing a cannery crop, you’re kind of at the mercy of what they want to pay you,” Ryan said.

For the same reason, Hazelnut Hill focuses primarily on its online sales, as well as farm stores and festivals, rather than dealing with the price and placement constraints of mainstream retailers.

“Because we’re farmers, I like to sell at different farm stands, not grocery stores,” Rachel said.

Hazelnut Hill had developed a recognized brand since its beginning in the late 1980s, which provided the Hendersons with a built-in customer base when they bought the company.

“They had a good following and a good name, and we knew that,” Ryan said.

Rachel is active on social media expanding that fan base and the couple has experimenting with innovative marketing techniques, such as providing new customers with large plastic eggs filled with hazelnut products for Easter.

“We went and hid them around their yards,” Rachel said.

“It can be a bit risky, if you think about it,” Ryan said.

Though the confectionery company uses only a fraction of the hazelnuts grown at the Henderson family’s farm, the couple sees Hazelnut Hill as a way to introduce more people to the staple Oregon crop.

“I want to see more people eating hazelnuts. If you live in Oregon, you should at least know what they taste like,” Ryan said. “I don’t want to be the nut supplier to the world, I just want to of a good job doing what we’re doing.”

Small hazelnut businesses play a crucial role in growing the broader demand for hazelnuts, even if they serve a niche market, said Larry George, president of the George Packing Co., a major hazelnut processor.

“They are the ones doing product development for the industry,” George said. “They do all kinds of things to put hazelnuts in innovative products.”

Larger food manufacturers don’t want to compete directly in the market for high-end artisan goods, but such products can inspire them to incorporate the crop as an ingredient, he said. “It gives the R&D developers at these big companies ideas about how they can use hazelnuts.”

This website uses cookies to improve your experience while you navigate through the website. Out of these, the cookies that are categorized as necessary are stored on your browser as they are essential for the working of basic functionalities of the website. We also use third-party cookies that help us analyze and understand how you use this website. These cookies will be stored in your browser only with your consent. You also have the option to opt-out of these cookies. But opting out of some of these cookies may affect your browsing experience.
Necessary Always Enabled
Necessary cookies are absolutely essential for the website to function properly. This category only includes cookies that ensures basic functionalities and security features of the website. These cookies do not store any personal information.
Non-necessary
Any cookies that may not be particularly necessary for the website to function and is used specifically to collect user personal data via analytics, ads, other embedded contents are termed as non-necessary cookies. It is mandatory to procure user consent prior to running these cookies on your website.
SAVE & ACCEPT