Research conducted by various groups in the United States indicate that hazelnut consumption is increasing. Consumer attitudes toward hazelnuts are evolving, with people increasingly seeing them as a healthy snack. A recent survey of 25 food industry decision-makers, commissioned by Northwest Hazelnut Company, found that 87 percent had a “positive” opinion of hazelnuts, and 40 percent said they were using more hazelnuts in their product than a few years ago.

More recipes have appeared using hazelnuts in a variety of ways, which the industry says is helping to reach new consumers. There are around 1000 grower families in the Willamette Valley region of Oregon and the crop value has averaged $100 million annually in the last five years. Ninety-nine percent of US hazelnuts are grown in Oregon and growers there are responding to the increase in demand. 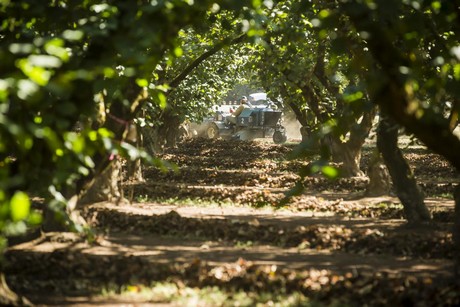 “Up to 8,000 new acres have been planted each year,” said Meredith Nagely of the Oregon Hazelnut Marketing Board. “Over the past 10 years, acreage grew from 30,000 to more than 80,000 acres.” She added that it’s not just acreage that has increased, as new equipment and facilities have also been built. “The handlers have invested in top-notch machinery and facilities to streamline the washing, drying, sorting and value added processes. Processors continue to develop new value-added products, including pastes, butters, meal (flour substitute), and roasted, seasoned and candied hazelnut kernels.”

Promotional and marketing efforts
Clearly, growers are doing their part to increase production with new acreage and facilities. But industry bodies such as the Oregon Hazelnut Marketing Board are also working to maximize the interest that is evidently being shown by consumers. The Board said they are at the beginning of a multi-year plan which aims to increase both domestic demand and diversify global export markets. 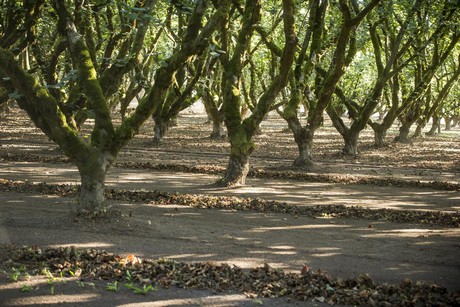 “To increase domestic demand, we are working with large scale foodservice operators and manufacturers to educate them on the benefits of Oregon hazelnuts,” Nagely shared. “To increase foreign demand and diversify our export markets, we are exhibiting at global trade shows to establish awareness and relationships with large foreign buyers.”

Nagely added that historically, approximately 50-60 percent of the Oregon Hazelnut crop gets exported to China. “We are working to maintain that relationship with China, while diversifying foreign markets and increasing domestic demand,” she said. “The Oregon Hazelnut Marketing Board was recently awarded $395,000 in ATP (Agricultural Trade Promotion) funds for foreign market development, which will be used to conduct local market research and exhibit at several international trade shows.” 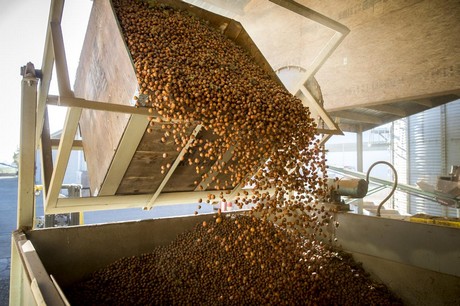 Harvest begins in a few weeks
Another Oregon hazelnut season is almost upon us, with the first nuts expected to be harvested mid September. The harvest typically runs through the month of October. Estimates suggest that the crop is down slightly from last year, but overall volume is expected to rise in coming years.

“The crop is forecast to be 49,000 tons, which is a four percent decrease from last year’s record high hazelnut crop of 51,000 tons,” Nagely observed. “However, the industry is expecting long-term growth as orchards planted in the last five years reach maturity.”