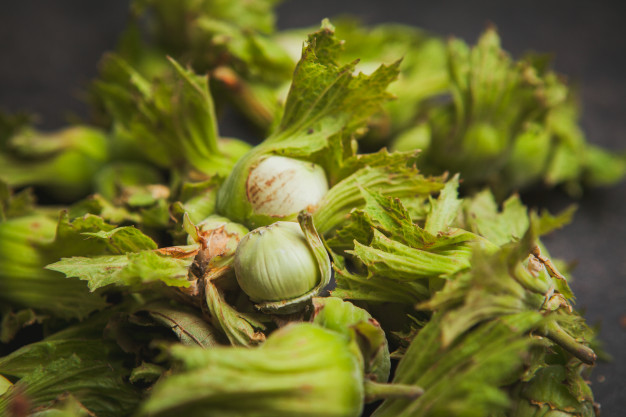 Oregon saw a major upswing in hazelnut production in 2016, with growers harvesting 40 percent more nuts than the previous year.

At 43,300 tons, the state’s hazelnut crop also outperformed the USDA’s projection by 14 percent.

The situation is a big improvement over 2015, when the crop’s size fell 25 percent short of the USDA’s estimate.

Even so, experts say the uncertainty complicates the Oregon hazelnut industry’s sales planning.

“For the processors and the handlers, knowing what that crop is makes it much easier to market it worldwide,” said Garry Rodakowski, a hazelnut farmer near Vida, Ore.

Growers are planting new varieties that are resistant to Eastern filber blight but don’t have a long track record in terms of yields, Rodakowski said.

“With these new varieties, we don’t have that history. They haven’t been in the ground long enough,” he said.

With the larger 2016 crop, packers are also left with more hazelnuts to sell in the new year.

However, because total production in 2016 was larger, 16,000 tons were left over at the beginning of 2017 — more than twice as much as a year earlier.

“We’ve still got a lot of inventory to move,” said Jeff Fox, CEO of Hazelnut Growers of Oregon, a division of the Wilco cooperative. “We’ve got a lot of work to do.”

Growers were paid $1.38 per pound for the 2015 crop, up from the initial prices of $1.22 quoted by packers early in the harvest season.

The initial price for the 2016 crop is set at $1.18, but Fox said it’s unlikely to rise as dramatically in light of the leftover inventory.

Early hazelnut sales are sold in-shell to the Chinese market, but more of the remaining inventory is headed for the kernel market, where sales aren’t as brisk, he said.

Even so, the USDA’s estimate for 2016 was expected to be conservative and the industry negotiated the $1.18 price with the expectation that the crop could be 10 percent larger, said Terry Ross, executive director of the Hazelnut Growers Bargaining Association. “It wasn’t a tremendous shock. I expect a respectable increase” in the final price, Ross said. “I think a lot of packers moved product early into the marketplace.”

“They were pretty dang close with the old varieties but the new varieties were unpredictable,” George said, noting that yields from the Jefferson cultivar surged in 2016.

Estimating the acreage of young hazelnut trees reaching maturity is an inexact science, he said.

Growers surveyed by George Packing had wildly different estimates for the size of the 2016 crop, George said. “The variation people are seeing in their orchards is huge.”

The company relies on aerial photographs taken in spring or summer, but some orchards were actually planted the previous autumn, said Mike McDaniel, its principal.

For that reason, some trees are better established than estimated in the survey, he said. “There’s a decent chunk of trees reaching the bearing age.”

Dwayne Bush, a farmer near Eugene, Ore., has found that the popular Jefferson variety is generating a larger amount of hazelnuts at a young age compared to Barcelona, Oregon’s traditional cultivar.

At three to four years of age, Jefferson trees are producing as many nuts as Barcelona trees did in their seventh or eighth year, he said.

Estimating the annual harvest is also trickier due to the ongoing removal of older orchards afflicted with blight, Bush said. “It’s not an easy job, predicting.”